Running to Chicago—or the end of the block

I like watching runners. (I gave up running quite some time ago when it started to make my knees hurt.) There seemed to be a lot of running going on this weekend. 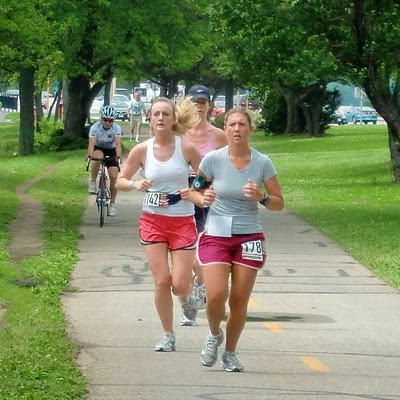 Friday we saw many runners as we took our morning bike ride. They were in the Madison Chicago 200 Relay in which teams of 12 people took turns to run 200 miles (322 km). They started the teams according to expected times which varied by up to 10 hours. The slowest teams started first so that teams would finish at about the same time in Chicago. (Some of the runners we saw in the morning didn't look like super athletes. I really liked the spirit of the relay that it encourages people to try something so impressive and with the emphasis on having fun. The relay generates funds to support the Special Olympics of Wisconsin and Illinois.) Each runner had to run 3 segments totaling between 11 and 21 miles during the 36 hour long event. They limit the race to 250 teams (3000 people)! We biked past the starting point so we stopped and talked to some participants who were waiting their turn to start. 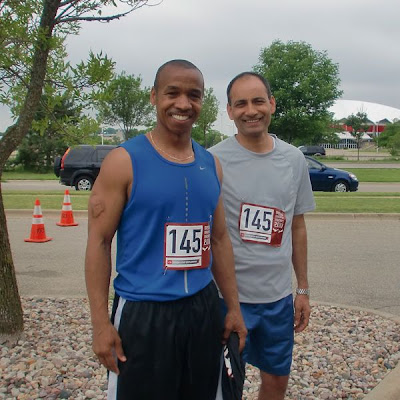 Also this weekend was a big festival in the park by our house to benefit the neighborhood school. Besides a 10 km. and 5 km. race, they had a special Dandelion Dash (100 yards or 91 meters) for really little kids. 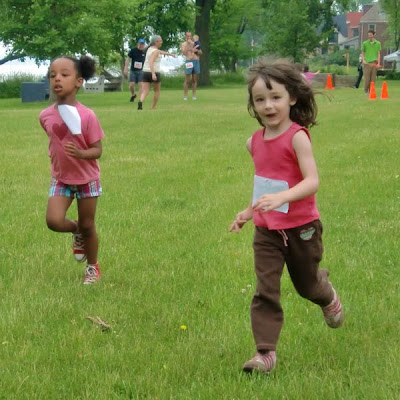 Some of them were so little they didn't understand what all the fuss was about and had to be pointed in the right direction at the turnaround place and urged on.  Sometimes a parent ran alongside to show the way. They were definitely the most adorable runners we saw this weekend. 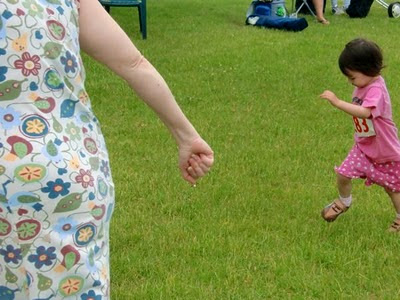