While I like to play with string, Mr. Rududu likes to play with paper. We just spent a few days in New York City while he attended a national origami convention put on by Origami USA. Over 600 paper folders attended: they were of all ages and of many countries.
Meanwhile, I explored New York. I tested my endurance in museums: walking until my legs ached and looking at art until my brain was overloaded. As respite, I relished any opportunity for some peaceful water watching. Here is the 106 acres (43 ha) Jacqueline Kennedy Onassis Reservoir in Central Park with reflections of buildings to the west of the park. 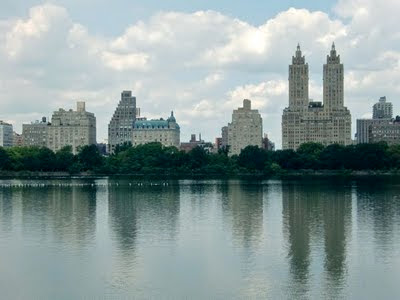 I was amazed at how much cooler the air felt the second I stepped into the park and was surrounded by trees and greenery.
Flowing and splashing water is very attractive in a noisy city short on nature. The fountain in front of the Metropolitan Museum of Art happened to have a balloon in it. 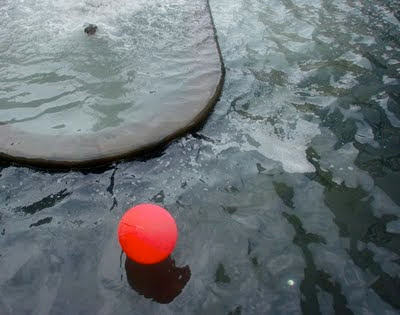 The reflections in the waves looked a great deal like the water in this Manet painting detail. 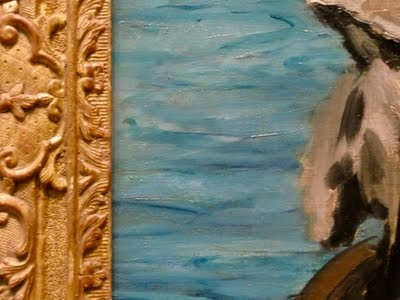 The charming Frick Collection has this frog in their fountain. 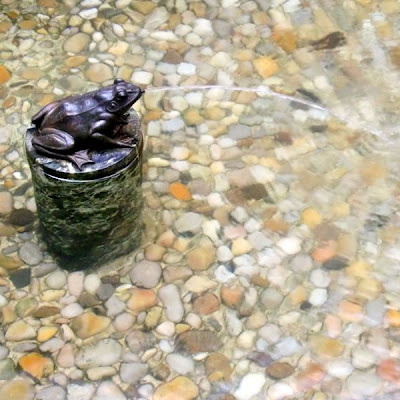 This pocket park had a whole wall of rushing water. 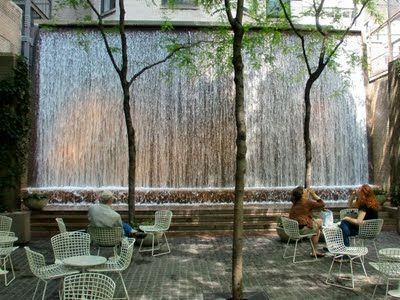 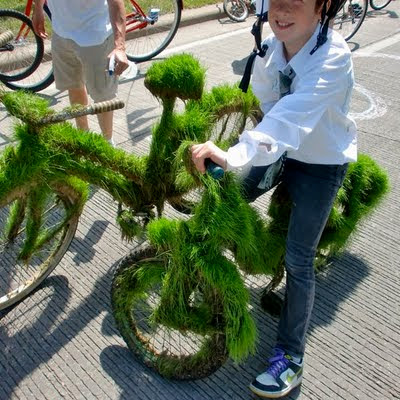 The color of Wisconsin in the summer. 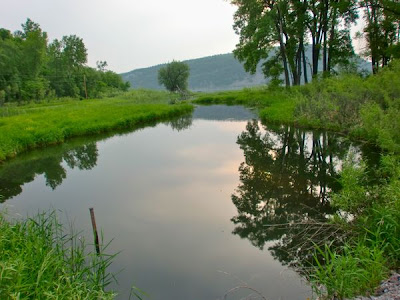 A good camouflage color for a small cloud forest moth. 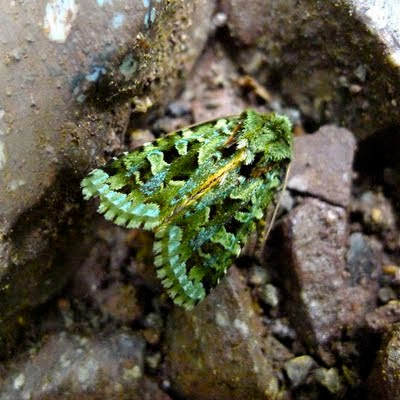 A color that has an affinity for blues. 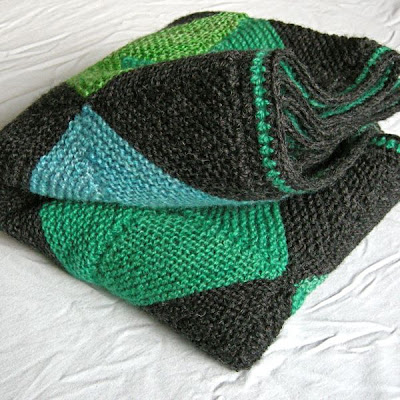 A color that comes in many shades and loves purple. 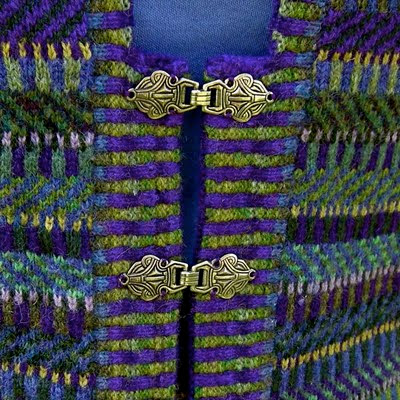 There has been a surprising lack of knitting at Casa Rududu recently while I pursued other interests—mostly temari balls. One reason for lack of knitting action was that I forgot to take a crucial size of needle to Costa Rica this year and got stuck when it was time to do the sleeves of my cardigan. Getting double pointed needles in Costa Rica would require a major expedition of some sort; they are certainly not available in our little town. On my return to Wisconsin, a careful search of my needle collection failed to turn up any US4/3.5mm double points. 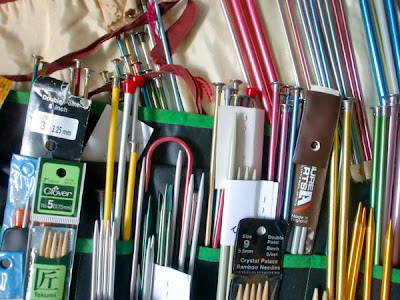 I don't buy needles often because I have so many already and it was quite exciting to have a reason to go needle shopping.  Now that I'm back in Wisconsin, it's ridiculously easy to get needles. I bought some Knit Picks wooden needles at a local craft store.  I like the idea of nonmetallic needles to make it easier to get through airport security. I also love that they are so quiet: there's no metal clicking to distract me during movies. The surface of these needles feels silky and I love how pointy they are. 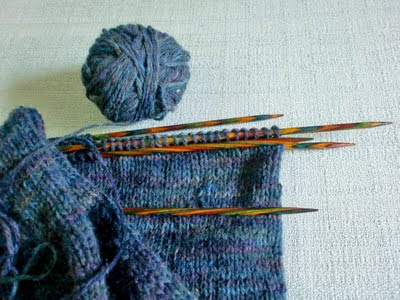 So now I'm zipping along on my sweater again and predict that it will be finished soon. I'm using the percentage sweater system by Elizabeth Zimmermann. 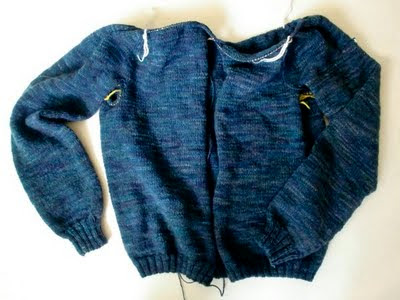 The yarn is Yaqui, a 100% yak yarn from Artfibers. It's extremely soft and I think the handpainted blues, purples and greens will be very useful in my wardrobe. Yak yarn doesn't have much spring and I found that when knitting the sleeves circularly on double pointed needles I got unsightly ladders between the needles where the stitches were stretched slightly. My solution was to use all 5 needles and stop in a different place on each round. Thus, with the stitches divided among 4 needles, I knit all the stitches on to the fifth needle and then a few more from the next needle. This was much easier than trying to keep the tension snug between needles and much faster than transferring stitches from one needle to the other.
Posted by Carolina at 9:23 AM 1 comment:

Cranes are some of the most elegant birds in the world and the 15 species of cranes are variations on the theme of  black, white, and red. I just made a temari that uses these colors and now I have lots of ideas for making variations. I improvised my design but instructions for a similar ball can be found at Temarikai. 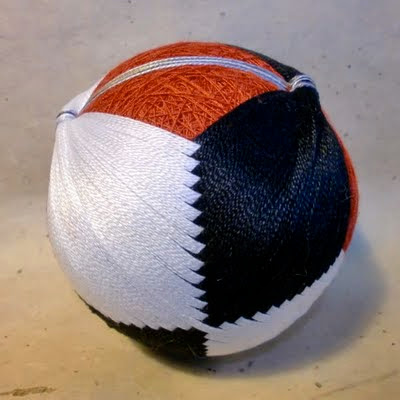 This is a Wattled Crane at the International Crane Foundattion; I would like to make a ball that also uses grey. 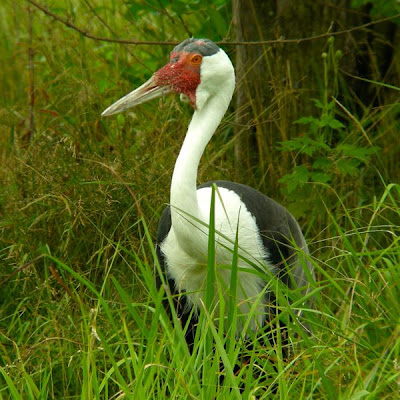 I was thinking of the Whooping Crane when I designed my ball but I love the color combination with the rich chestnut brown and straw gold on this Grey Crowned Crane. It's time to go thread shopping! 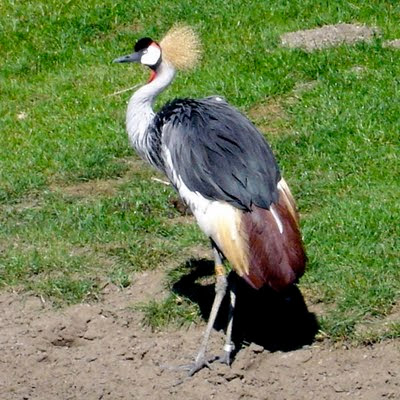 I'm over my purple phase where most of my clothes were purple. I consider purple a neutral color because it can really go with every other color. Especially green—purple and green is my favorite color combination. 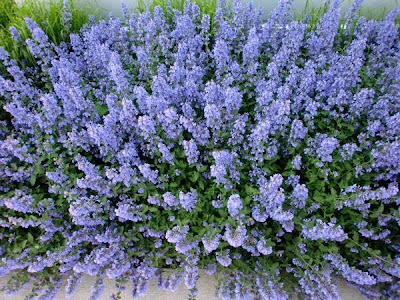 Is it just my neighborhood where it seems that most of the flowers are purple? 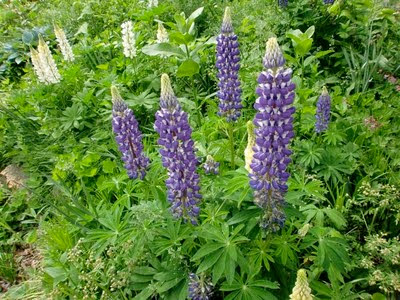 Purple can be subtle as in these big piles of Baraboo quartzite boulders at Devil's Lake State Park.  Lichens add a touch of green. (It's nature's favorite partner for purple.) 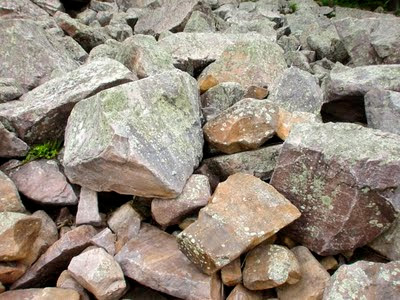 Purple can shade toward blue or red. I'm willing to call this tree peony a reddish purple. 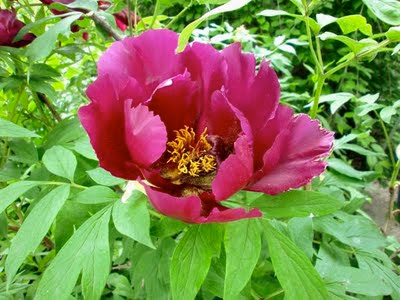 I still have my Sisterhood of Purple mug and I'm keeping my status as honorary member even though my wardrobe has a wider range of colors now.
Posted by Carolina at 1:07 PM No comments:

For Memorial Day, a group of veterans in Madison put up a display of markers, each one for a U.S. soldier killed in Afghanistan or Iraq. With over 6,000 it stretched for a long way along our bike route. Here's a view of some of them. 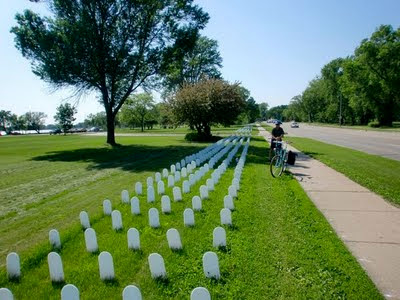 They also had this reminder. 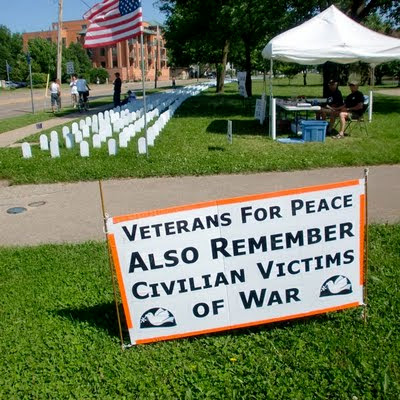 Current estimates are over 100,000 for civilian casualties.
Posted by Carolina at 8:08 PM No comments: