I recently finished two new pairs of socks. One pair is green, the other purple. That happens to be my favorite color combination, so I guess I could wear one of each sock.
Thinking about what colors I have knit socks in, I gathered the ones I have now and took a group photo of them arranged in my personal color wheel. 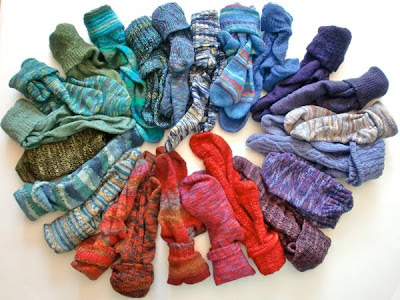 Other than small areas, there is no yellow and very little orange. There are no grays or browns. Dance on, my feet, in your cheerful greens, blues, purples and reds!
Posted by Carolina at 10:09 AM 4 comments:

I like learning new expressions, and I had barely arrived in Glacier National Park when I heard a young girl who had just seen mountain goats declare to her dad that it was "so freakishly awesome!" 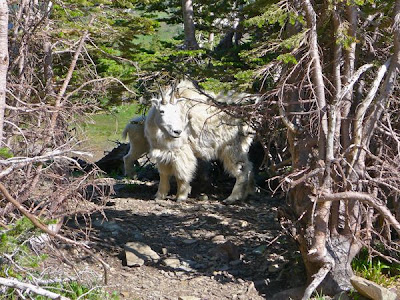 I had to agree, especially since the mountain goats were really close and not aggressive. The babies were super cute too. We ended up seeing many mammals including big horn sheep, bears, and moose. Fortunately we saw all those from a safe distance.
As we spent more time in the park we had many more occasions to find things freakishly awesome. We soon abbreviated it to FA.

You can still see a few glaciers in Glacier National Park—if you hurry. More importantly, the place was formed and carved by glaciers which made it the freakishly awesome place it is. I think it has the most densely packed scenery of anywhere in North America.
Mr. Rududu spent his photographic efforts taking panoramas. (Several photos that were later "stitched" together on the computer using a program.) Taking the series of photos for the panoramas took a while, but not nearly as long as deciding which of many spectacular photos to keep once he got home.

I tended to take photos of the details, like this wonderful lichen... 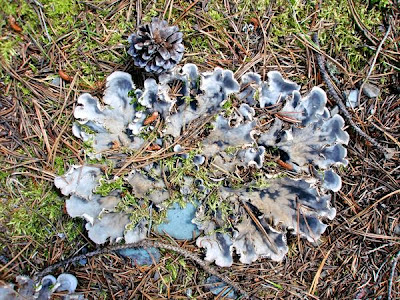 or these colorful rocks. Both red and green argillite are found together in the park. 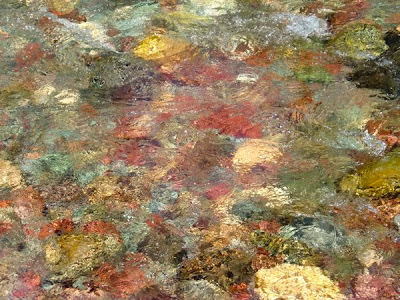 There were lots of wild flowers and butterflies to admire.
It was our first trip to Glacier National Park and its Canadian neighbor, Waterton Lakes National Park. I'm already thinking about another one.

Nitty gritty:  One of the awesome things about Glacier National Park is that you can take the train there. The station in East Glacier is right across the street from Glacier Lodge. From Wisconsin or Chicago it is a bit more than 24 hours and that time can be spent looking at scenery, eating, or sleeping. It's a relaxing way to go.
If you want to stay at one of the lodges in the park, making a reservation far in advance is important. Even as early as January, you might not get what you want for a July trip. In a rare spurt of planning ahead, I booked our trip 11 months in advance. Note to other procrastinators: when you book so early you can get whatever you want. I guess that's why people do it. Most of the campgrounds in Glacier are first come, first served and if you don't get there late in the day campsites should be available.
I would give the lodges mixed reviews. Glacier Lodge is right across from the Amtrak station and the lodge has an amazing lobby and view from the dining room. Anyone can take advantage of those whether they are staying there or not. There are other motels nearby with shuttle service from the train. We loved eating at Luna Cafe, a 10 minute walk from the lodge. No view, but excellent food.
We really liked the Rising Sun Motor Lodge for its combination of (relatively) reasonable price and fantastic location on the Going to the Sun road. However, I was very disappointed in our room at the Prince of Wales Hotel, especially considering its price. I wished I had booked a nearby hotel and just eaten at Prince of Wales to enjoy the truly world class view, the wonderful old lobby and the male staff wearing kilts.