I've always found textiles to be excellent souvenirs. They are relatively light, non-breakable, and fit into the nooks and crannies of one's luggage. On a recent trip to Guatemala I took the concept a bit farther and acquired a lot of thread. We visited a village on Lake Atitlán called San Juan de la Laguna, known for handweaving and other crafts. Interestingly, this village has a lot of cooperatives: painters, weavers, even the drivers of the small three wheeled taxis called tuk tuks. 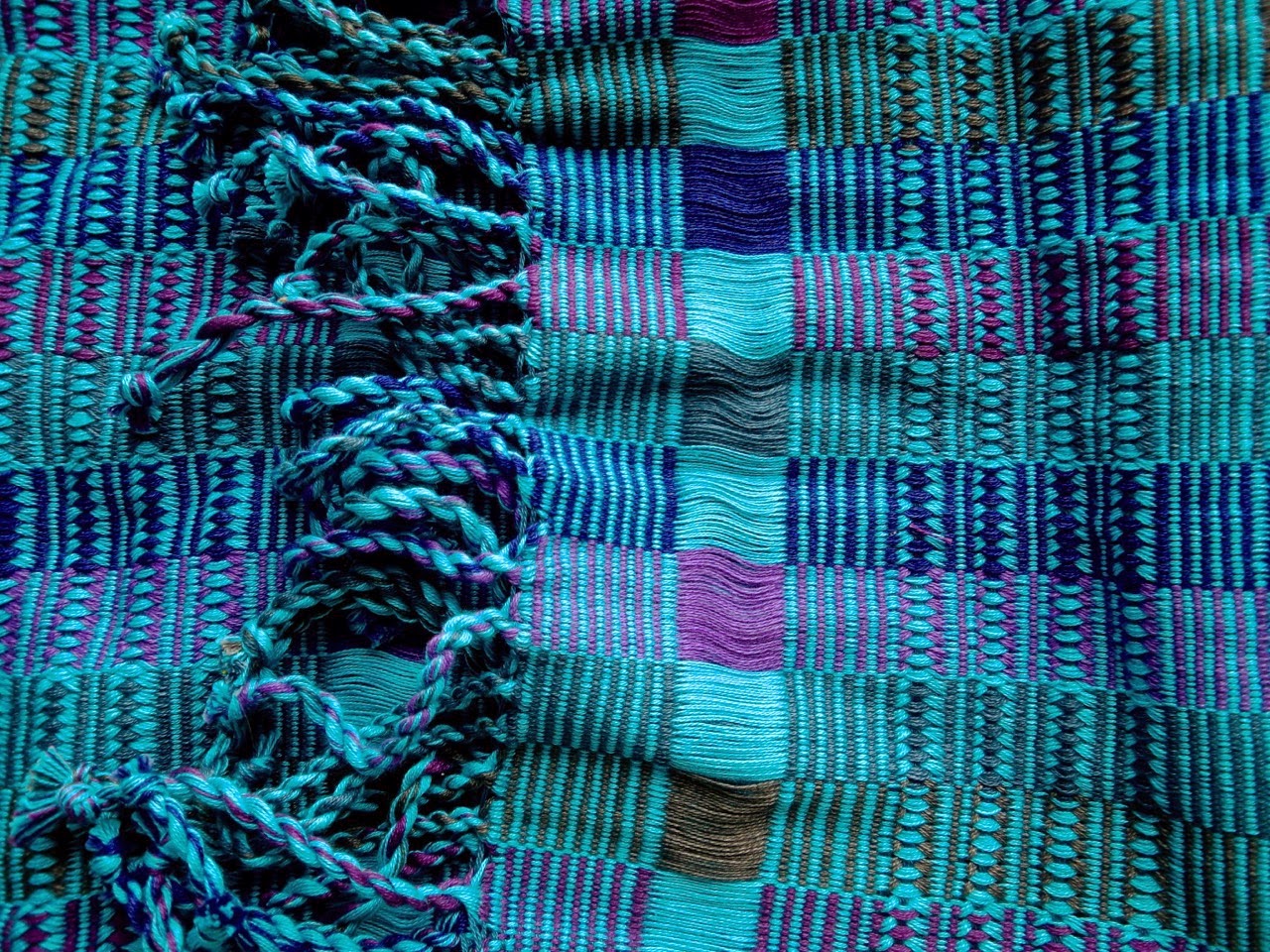 At the cooperative Corazon del Lago, they weave lovely shawls like the one above on backstrap looms with cotton thread they dye themselves. As soon as I saw the example skeins of naturally dyed threads, I wanted not only shawls but also thread to play with myself. Here's the display of dye stuffs and the resulting colors. This kind of dyeing has a long tradition in Guatemala but is in the process of being revived. I found the brilliance of the colors they could achieve really stunning. 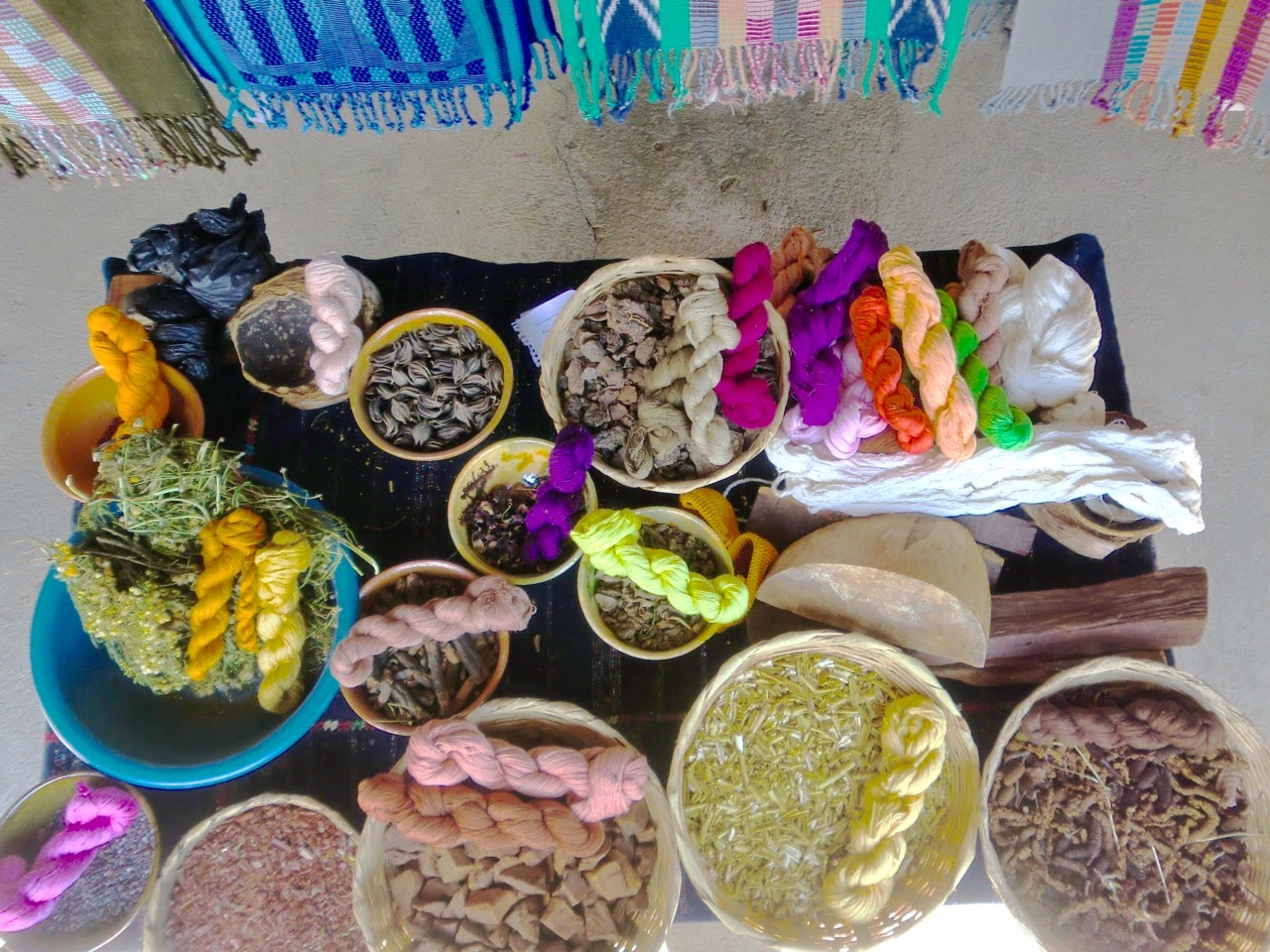 The thread comes from India and has a lovely sheen. People in this area traditionally grew cotton but they can't produce enough for the amount of weaving they do now.
I bought the thread with the idea of using it on temari balls. I've used some already but it's very fine, which limits its use. Now I'm looking into the possibility of having them custom dye some thicker thread which I might then market in a very small scale way. It's looking like a project that will be slow to come to pass but one that has me feeling very excited about sharing these beautiful colors.